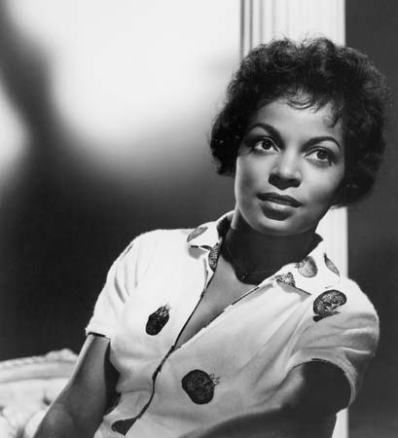 She was radical before being radical in Hollywood became hip. She knew risk in a way that would put any Hollywood ‘(H)Activist’ in 2014 to shame. This is a person who worked closely with such mavericks such as Lloyd Richards, Lorraine Hansberry and Jules Dassin. An artist who toed the line, pushed barriers, and helped interpret the soul, thoughts, and feelings of not only a generation or a race or a gender –

but an age where consciousness was not only something that the enlightened aspired to but where actors, too, were not mere hired arms

but instruments that illuminated the human condition and liberated the mental shackles impeding our evolution.

I hope your exit was joyful, Ruby.

(Say hello to Ossie for me)